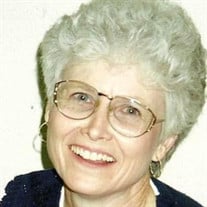 Ruth Marie Clark passed away in Tecumseh, Oklahoma on September 12, at the age of 70 in Tecumseh, Oklahoma Ruth was born to Arthur Noah Coy and Dorothy Hayes Coy on May 30, 1951 in Belva, Oklahoma. She graduated from Tecumseh High School. Ruth is preceded in death by her parents Arthur and Dorothy Coy, and brother Richard Coy. Survivors include a daughter Shawnda Roberts and husband Michael of Stratford, Ok. Son Bert Baird Jr. of Shawnee, Ok. Grandchildren Carley Roberts-Kimbro and Tynden Kimbro of Wynnewood, Brody and Scotlyn Baird both of Shawnee, Roxie and Savannah Ford of Cache. Three sisters Margaret Harris, brother in-law Paul Harris of Oklahoma City, Susie Fowler, brother in-law Vic Fowler of Indianola, Ok and Rita Goodson, brother in-law Matt Goodson of Tecumseh, Ok. Also survived by nieces and nephews and many friends. Ruth spent her early years running Ruths Bo-Ka in Lindsay Ok and Elmore City Ok, following she worked and retired from Tinker Air Force Base in January 2020. Ruth enjoyed working outside, playing cards and visiting with her friends, attending OU games with friends and family, and being an active parent and grandparent in all of their activities. In addition to being a loving mother and grandmother Ruth was an avid lover of her cats and ‘grand-dogs’. Ruth was a spiritual woman who touched many lives with her generosity and selflessness. The family will receive friends from 5-7 p.m. on Tuesday, September 14 at the funeral home in Elmore City. Graveside services are scheduled for 11:00 a.m., Wednesday, September 15, 2021 at the Tecumseh Cemetery in Tecumseh, Oklahoma. Services are under the direction of Wooster Funeral Home in Elmore City. You may send a condolence to the family at www.woosterfuneralhomes.com.

The family of Ruth Clark created this Life Tributes page to make it easy to share your memories.

Ruth Marie Clark passed away in Tecumseh, Oklahoma on September...