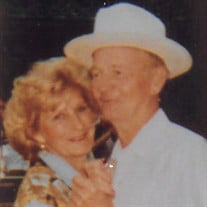 Lt Colonel Roy O. W. Layton of Wynnewood, Oklahoma was born to Roy and Jewel (Carter) Layton on October 18, 1930 in Wynnewood, Oklahoma and passed from this life on November 13, 2020 in Oklahoma City, Oklahoma at the age of 90 years. Lt Colonel O. W. Layton entered the Air Force August 1950, and after completing Radar Mechanics School, was assigned to the 4125th Special Weapons Support Group at Albuquerque, New Mexico. In November 1952, Lt Colonel Layton entered Aviation Cadets. He was commissioned in September 1953, and graduated from Navigator Training in February 1954. After graduation, Lt Colonel Layton was assigned to the 72nd Strategic Reconnaissance Squadron at Travis Air Force Base, California. He flew as a Radar Navigator in RB-36s until the unit moved to Mather Air Force Base, California in July 1958. Upon moving to Mather Air Force Base, the Unit converted to B-52 aircraft, and Lt Colonel Layton continued as a Radar Navigator until July 1961, when he became the Wing Target Study Officer. He served in this position until August 1965. At that time, Lt Colonel Layton entered Air Command and Staff College at Maxwell Air Force Base, Alabama. Upon completion of that course in June 1966, he was assigned to the 347th Combat Support Group, Yokota Air Base, Japan. In Japan, he was Chief of the Consolidated Instrument and Navigation School with numerous temporary duty assignments in Southeast Asia and Korea. He returned to the United States briefly in August 1969 to attend RC-121 School; then was assigned to the 553rd Reconnaissance Squadron, Korat Royal Thai Air Force Base. In November 1970, Lt Colonel Layton returned to the states and was assigned to the 340th Bombardment Squadron, Blytheville Air Force Base, Arkansas. At Blytheville, Lt Colonel Layton flew as a Radar Navigator in B-52s until February 1972 when he was assigned as Chief of the Prediction and Interpretation Branch. The following January, he was assigned on temporary duty to Guam where he served as Chief of Bomber Operations. Upon returning to Blytheville, he assumed his present duty as Chief of the Intelligence Division. Since being assigned to Blytheville Air Force Base, Lt Colonel Layton completed the Air War College Course and the requirements for a Bachelor of Management/Economics Degree from Parks College. Lt Colonel Layton’s decorations include the Distinguished Flying Cross, Air Medal with two Oak Leaf Clusters, and the Air Force Commendation Medal with two Oak Leaf Clusters. After serving his country for 31 years, Roy had seen the world and loved being at home in Wynnewood. He spent his time raising cattle and fishing. The highlights of his life were his wife Molly, his service in the Air Force, fishing, his grandchildren, and spending time with his friends. Mr. Layton is survived by: Daughter: Deborah Layton and daughter-in-law Becky 4 grandchildren: Brian, Jimmy and wife Aline, Errol and Becky Ann 1 great-grandchild: Victoria Mr. Layton was preceded in death by: Wife: Molly Layton Sons: Rick and Earl Parents: Roy and Jewel Layton Sister: Treasa The family requests memorials be made to PAWS, 300 E. Airport Ind. Rd. Pauls Valley, OK. Funeral services are scheduled for 10:00 a.m., Monday, November 23, 2020 at the Oaklawn Cemetery in Wynnewood, Oklahoma. Services are under the direction of Wooster Funeral Home. You may send a condolence to the family at www.woosterfuneralhomes.com.

The family of Roy Layton created this Life Tributes page to make it easy to share your memories.