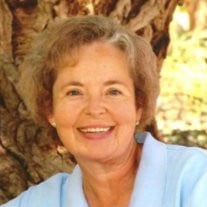 Rosemary Blakey Atkinson of Elmore City, Oklahoma was born to Joe Lee Blakey and Helen Rose (Parkey) Blakey on January 18, 1953 in Wynnewood, Oklahoma and passed from this life on August 11, 2013 at her home near Elmore City at the age of 60 years. Rosemary attended school for 12 years in Elmore City, Oklahoma. She graduated from Elmore City High School in 1971 as her class Valedictorian. She attended the University of Oklahoma majoring in accounting. Her academic excellence continues as she was on the Deans list for all three semesters she attended. Rosemary was an amazing woman with many gifts and talents. She was known for her creative and beautiful decoration of cakes. Her nephew and niece always had something special and unique for their class parties. Governor David Walters was also a recipient of one of her famous cakes. His included a customized state seal decoration. Many events, receptions and individuals have enjoyed her talents and abilities over the years. Rosemary worked at the Southern Oklahoma Resource Center in Pauls Valley, Oklahoma. She retired after 26 years of dedicated service. It was there she met Dr. Schales Atkinson. They were married on February 14, 2003 at the Bosa Center in Pauls Valley, Oklahoma. Together they have made their home on her grandfather’s farm five miles north of Elmore City. Rosemary was an outstanding partner for over 10 years and diligently assisted Dr. Atkinson in his work as a Medical Director for Hospice of Oklahoma County. Rosemary was his constant companion and trusted assistant as he cared for patients. She was known for her kindness and compassion. Her mother was her absolute role model for her spirit of gentleness and love. She will be missed by many and is survived by: Her husband: Dr. Schales L. Atkinson of the home Brother: Bobby Blakey and wife Donna of Elmore City, Oklahoma Nephew: Dr. Gregory Blakey and wife Teresa of Oklahoma City, Oklahoma Niece: Rebecca Wooster and husband Gary of Elmore City, Oklahoma Great-nieces and great-nephew: McKayla Wooster of Elmore City, Oklahoma; Abigail and Jackson Blakey of Oklahoma City, Oklahoma A host of cousins, family and many friends. Rosemary was preceded in death by: Her parents: Joe Blakey and Helen Blakey Step-son: James Wray Atkinson Funeral services are scheduled for 2:00 p.m. Saturday, August 17, 2013 at the Assembly of God Church in Maysville, Oklahoma with Rev. David Blakey officiating. Interment will be in the Elmore City Cemetery under the direction of Wooster Funeral Home. The family will receive friends on Thursday, August 15, 2013 from 5:00 p.m. until 7:00 p.m. at the Wooster Funeral Home in Pauls Valley, Oklahoma and Friday, August 16, 2013 from 5:00 p.m. until 7:00 p.m. at the Wooster Funeral Home in Elmore City, Oklahoma. You may send a condolence to the family atwww.woosterfuneralhomes.com. Memorials can be made to the Hospice of Oklahoma County, Rosemary Atkinson Memorial Fund at 4334 Northwest Expressway, Suite 106, Oklahoma City, OK 73116. The family wishes to express their thanks to the administration, nurses, physicians, and all of the staff of the Hospice of Oklahoma County for their attention to detail, kindness, courtesy, tender care and concern of Rosemary.

Rosemary Blakey Atkinson of Elmore City, Oklahoma was born to Joe Lee Blakey and Helen Rose (Parkey) Blakey on January 18, 1953 in Wynnewood, Oklahoma and passed from this life on August 11, 2013 at her home near Elmore City at the age of 60... View Obituary & Service Information

The family of Rosemary Blakey Atkinson created this Life Tributes page to make it easy to share your memories.

Rosemary Blakey Atkinson of Elmore City, Oklahoma was born to...