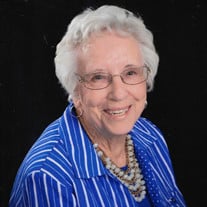 Pauline Alene Ince of Lindsay, Oklahoma was born to William and Mary Cynthia (Campbell) Martin on February 19, 1928 in Lindsay, Oklahoma and passed from this life on March 10, 2020 in Norman, Oklahoma at the age of 92 years. Pauline was the oldest of nine children. She married Junior Spivey on February 1, 1951 and they shared 42 happy years until his passing in 1993. She later married Jack Ince on November 3, 1995 and they recently celebrated 24 years of marriage. She was a faithful member of Erin Springs Baptist Church. She served alongside Jack in their own special ministry of visiting with those who were homebound and in nursing facilities and hospitals. Together they lifted the spirits of many who needed a special encouragement and prayer. Another special phase of their generous giving was their fresh country egg/vegetable garden ministry which were personally delivered to the doorstep. Pauline was a housekeeper and beloved by many for the good work she did. Many families in Garvin county were blessed to know her more like a nanny. Mrs. Ince is survived by: Husband: Jack Ince of the home Stepsons: Mike Ince Stepson-in-law: Brian Cox Stepdaughters: Brenda Hill, Sheila and Danny Rutledge Step-daughter-in-law: Janet Ince Grandsons: Jake Spivey and wife Amanda of Purcell, Oklahoma Kris Spivey and wife Lauren of Lindsay, Oklahoma Clint Spivey and wife Holli of Lindsay, Oklahoma Granddaughter: Jessica Spivey and Daniel Brown of Paoli, Oklahoma Step-grandson: Curt Tully and wife Kyla of Sulphur, Oklahoma Step-granddaughter: Lacey Hill and husband Zachary of Wynnewood, Oklahoma Great-grandchildren: Paisley Spivey, Jolee Rae Spivey, Kirsten Tully, Castin Tully, and Kytley Tully Brother: Jerry Martin Sisters: Maggie Brooks and Judy Newton A host of nieces, nephews, family and friends Mrs. Ince was preceded in death by: Son: Stan Spivey and wife Davon Stepson: David Ince Step-daughter-in-law: Teresa Cox Parents: William and Mary Martin Brothers: Billy Martin and Donnie Martin Sisters: Lois Belvin, Francis Watson, and Mary Hall Funeral services are scheduled for 2:00 p.m., Friday, March 13, 2020 at the Erin Springs Baptist Church with Rev. Clay Hicks officiating. Interment will be in the Mt. Olivet Cemetery in Pauls Valley under the direction of Wooster Funeral Home. You may send a condolence to the family at www.woosterfuneralhomes.com.

Pauline Alene Ince of Lindsay, Oklahoma was born to William and Mary Cynthia (Campbell) Martin on February 19, 1928 in Lindsay, Oklahoma and passed from this life on March 10, 2020 in Norman, Oklahoma at the age of 92 years. Pauline was the... View Obituary & Service Information

The family of Pauline Ince created this Life Tributes page to make it easy to share your memories.

Pauline Alene Ince of Lindsay, Oklahoma was born to William and...