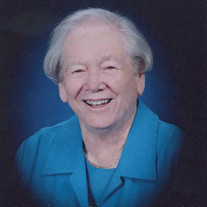 Paula Juanita McNutt was born April 13, 1929 to John and Grace (Dill) Harman. Paula was born in Elmore City, Oklahoma and was the sixth child of ten. Paula attended school at Prairie Point and graduated from Elmore City High School in 1946. After graduating high school, she lived a few years in Connecticut with her sistersworking as a factory worker and helping raise their sons. Paula met and married Vernon McNutt in 1955 in Tecumseh, Oklahoma. They had four boys together. Paula was a retired health care worker for the state of Oklahoma and retired from the Southern Oklahoma Resource Center in 1992. She was an avid sports fan and loved her Badgers. She loved her family and enjoyed spending time with them. Paula was preceded in death by her parents, John and Grace Harman, a son Douglas McNutt, brothers Jack, J.D., John Arch, and Jimmy, and sisters Marie, Marian and Betty Ann. Paula is survived by children Mike and Kelly McNutt of Elmore City, OK, David McNutt and Jeff Crabb of San Diego, CA, Bryan and Jennifer McNutt of Antlers, OK, and daughter-in-law Barbara McNutt of Riverside, CA; grandchildren Clint McNutt of Eugene, OR, Kevin McNutt of Long Beach, CA, Chris McNutt of Riverside, CA, Katie Sevilla of San Diego, CA, Indiana McNutt of Antlers, OK, and Isaac McNutt of Antlers, OK; sister Judy Harman of Pauls Valley OK, and brother, Joe Harman of Indianapolis, IN. Services will be held at First Baptist Church Elmore City, OK, on Saturday, October 25, 2014, at 2:00 p.m. with Joe Terrell officiating. Interment will be at Elmore City cemetery under the direction of Wooster Funeral Home. You may send a condolence to the family at www.woosterfuneralhomes.com

The family of Paula Juanita McNutt created this Life Tributes page to make it easy to share your memories.