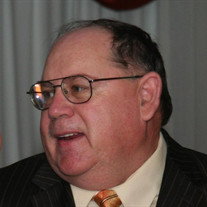 Lewis Gene Jones, 65 years old of Paoli, Ok and Hodgen, OK passed away peacefully leaving earth for his heavenly home on Wednesday, 12/24/2019 at Integris Baptist Medical Center, OKC. Gene, never liked being the center of attention and per His wishes there will be no funeral services. His ashes will have a final resting place in Southeastern Oklahoma among his family. Gene Jones was born June 29th 1954 in Coalgate, Oklahoma. He was the youngest of five to Myrtle Ann McGahey Jones and Gaston Claud Jones. Gene grew up in Atoka, Oklahoma where he graduated high school with honors in 1972. Then he joined the US Navy and proudly served 5 years of duty during the Vietnam war on the USS Cook. During his service in the Navy he traveled to Australia, Singapore, Hong Kong, New Zealand, Japan, South Korea and Philippines. While in Philippines, he met his wife Rosalinda Egaran Camata, a high school teacher. After 4 years in the US Navy Gene was honorably discharged and returned home to Oklahoma. He married Rosalinda in 1976 and together they had 2 daughters; Carmen and Gena. Upon returning home Gene attended University of Texas- Arlington School of Engineering in the Institute of Electrical and Electronics Engineering program, of which he was on the Dean’s list for 3 years. After residing 7 years in Texas, Gene moved his family back to Oklahoma and he began his different fields of work. He worked as a contractor for different oil field businesses. He’s owned several businesses including Classic Oil Chemicals, an Auto detailing shop, and a Financial wealth management adviser. Gene was a team leader and had the opportunity to manage the Tire and Lube Department at Walmart stores in Texas and Oklahoma for several years. He took his skills as a manager and applied them also to the local Truckstop restaurant for a while. Gene was an avid supporter of Shepherd’s Chapel Ministry in Gravette, AR. He studied the bible chapter by chapter and verse by verse with Pastor Murray to expand his understanding and knowledge in the Word of God and grow his faith and love of Jesus. He was always sharing God’s word, so please consider watching an episode of Shepherd’s Chapel in honor of Gene, see www.shepherdschapel.com for listings. Throughout his life Gene was always eager to lend a hand to friends, neighbors, and strangers in need with things such as building a house, painting houses, straining a spring, mend or build fence, build barns, fixing cars, clearing brush, planting gardens and much more. He was very creative and always planning and trying to create things. Throughout his life Gene enjoyed being outdoors and in nature. He also was enthusiastic about classic antique cars, whether he was admiring hot rods, sharing stories, exploring car shows, going for a drive, or sharing his knowledge and passion for cars. He loved his family and supported his daughters and wife over the miles and years of school. He was proud of their accomplishments and enjoyed sharing in their successes. He supported Carmen in her dream of being a doctor and starting her own practice and growing her ministry in Southeastern Oklahoma. He will be greatly missed by family and friends. He was preceded in death by parents Myrtle Ann and Gaston Jones; sisters: Claudia Ann Mestan and Neva Irene Brumley; a brother, Fred Jones and a great niece Jessica Powers. He is survived by his wife of 43 years, Rosalinda Jones of Paoli, Ok, his daughters: Dr. Carmen Jones of Paoli, and Dr. Gena Jones Archer of Marion, Iowa; a brother, Luther Bernard Jones of Texas; 4 grandchildren and several nieces, nephews. If you’d like to share a memory in celebration of his life, please visit woosterfuneralhomes.com

Lewis Gene Jones, 65 years old of Paoli, Ok and Hodgen, OK passed away peacefully leaving earth for his heavenly home on Wednesday, 12/24/2019 at Integris Baptist Medical Center, OKC. Gene, never liked being the center of attention and per His... View Obituary & Service Information

The family of Lewis Gene Jones created this Life Tributes page to make it easy to share your memories.