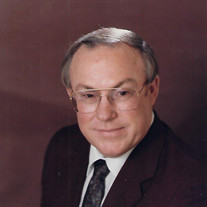 L.B. (Hall Jennings) Hoyle was born April 11, 1934, at home north of Bradley, Oklahoma, to Mary Emmaline and Clay Edward Hoyle. He passed away February 16, 2022, in Pauls Valley, Oklahoma, at the age of 87 years, 10 months, and 5 days. He grew up in Bradley and rode a horse named Lady to church every Sunday when he was young. When they moved to town, he rode his bicycle to the store and brought eggs, milk, and butter that his mother sent with him to sell. His father passed away suddenly when he was 16 and left him to care for his mother and little brother. L.B. drove a school bus, and Jack Branch took him under his wing and taught him about farming. L.B. loved farming and raising cattle. When he was in 10th grade, he and Inadean Rogers started going steady. They were baptized together in the church at Bradley when he was 15 years old. They were married September 24, 1954, at the First Baptist Church in Bradley, Oklahoma. L.B. led singing at the First Baptist Church in Bradley for 10 years and at the Calvary Baptist Church after his family moved to Lindsay. In 1970 L.B. went to work for State Farm Insurance and was an agent for 31 years. L.B. loved sports. He was an avid Sooners and New York Yankees fan. He played baseball and basketball at Bradley during his high school years. He won the American Legion award his Senior year of high school in 1952. L.B. was very civic minded and served on the Bradley school board and the Lindsay hospital board. He was also a member of the Rotary Club and the Lindsay Chamber of Commerce. L.B. and Ina traveled together all over the United States, Canada, and Europe and cruised to the Caribbean, Alaska, and Hawaii. Every July they traveled to Ruidoso, New Mexico, and stayed a month in their motor home. They spent lots of time at their cabin at Lake Texoma. They were blessed with 65 years of marriage. L.B. is survived by Melinda and husband Ron Jones of Lindsay and Melissa Wells of Lexington, a brother Edward Hoyle and wife Nancy of Pauls Valley, sister in law Mary Lathrop of Kingston and Pat Rogers of Kingston. Grandchildren Brooke and John Inman of Lindsay, Brock and Michelle Jones of Oklahoma City, Jesse Todd of Purcell, Dalton and Stephanie Todd of Lindsay, and Shana Todd of Maysville. Great-grandchildren Tessa and Marlee Inman of Lindsay, Von Jones of OKC, Asher and Ryleigh Todd of Lindsay, Navy Wesberry of Edmond, and Zoely and Tripp Stephens of Maysville. L.B. was preceded in death by his beloved wife Ina Hoyle, his father Clay Hoyle, his mother Emma Hoyle, his brother Leon Stanley, his sister Evelyn Rolen, and his sister Irene Wilkerson of Oklahoma City. Condolences may be sent to the family at www.woosterfuneralhomes.com.

The family of L. B. Hoyle created this Life Tributes page to make it easy to share your memories.