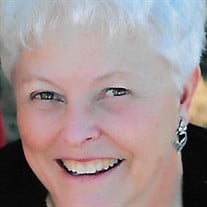 Jane Lynn Hudson Riedl Hefley, 75, passed away on March 26, 2021, at OU Medical Center in Oklahoma City, Oklahoma, with her brother by her side and in the thoughts of many others. Jane was born in Salt Lake City, Utah. She grew up in Tishomingo, Okla., and, after living in several places throughout Oklahoma, called Pauls Valley home. As a dedicated Christian, Jane didn’t just talk about her faith, she showed it through her actions of serving others. She instinctively took care of friends, family, and strangers, always putting the comfort of others before herself. Jane realized her God-given gift for music at an early age and developed that passion into a life-long career. She studied music at Murray State College and East Central University and dedicated her career to teaching children and adults not only how to create, but also appreciate, music. She taught at several schools (including Whitebead and throughout the Davis school district), as well as privately out of her home. She was also actively involved throughout the community, such as volunteering with Missoula Children’s Theatre, leading a chime choir, and playing music at local nursing home facilities. As a dedicated child of God, Jane also used her musical gifts to serve His Church. She was the pianist for her congregation at First Christian Church, as well as Saint Catherine of Siena Catholic Church, both in Pauls Valley. She never missed worship on Sundays, and always reminded attendees that music is not about being in tune, it’s about simply “making a joyful noise”. After the death of her husband, Gene, Jane married Terry Hefley and seamlessly jumped into the role of becoming an instant mother to three adult sons, as well as a grandmother. Her memory will live on through her friends and family, as well as every time her loved ones hear one of the many hymns that she so beautifully brought to life. Jane was preceded in death by her father, Trueman Aldine Hudson; mother, Dorothy Bess Hudson; and beloved husbands, Nathan “Gene” Riedl and Terry Hefley. She is survived by sons Cody and wife Stacie of Ada, Dusty and wife Jill of Chula Vista, Calif., and Vance and wife Jenna of Evans City, Penn.; her grandchildren Sierra Herring, Kaylee, Ariana, Perri, Lorelai, and Colin Hefley; her great-granddaughter, Jennette Herring; her brother Lannie Hudson and wife Donna of Murfreesboro, Tenn.; and many nieces and nephews, including Heather McMurry, Matthew Lanson Hudson, and Timothy Ryan Hudson. Services will be held at the First United Methodist Church in Pauls Valley, OK at 1:00 p.m. on Wednesday, March 31, 2021, with Pastor Elaine Howsley and Rev. Dr. Peggy Farris officiating Interment will follow at Mt. Olivet Cemetery under the direction of Wooster Funeral Home. In lieu of flowers, you may make a donation to the memorial fund in her name at the First Christian Church (Disciples of Christ), 300 North Ash, in Pauls Valley, Okla.

Jane Lynn Hudson Riedl Hefley, 75, passed away on March 26, 2021, at OU Medical Center in Oklahoma City, Oklahoma, with her brother by her side and in the thoughts of many others. Jane was born in Salt Lake City, Utah. She grew up in Tishomingo,... View Obituary & Service Information

The family of Jane Lynn Hefley created this Life Tributes page to make it easy to share your memories.