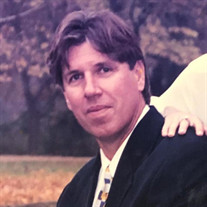 James Thomas Whitaker passed peacefully on January 23rd, 2021 at the age of 73. He’s preceded in death by his father, Thomas “Vaughn” Whitaker, mother Lorene “Owens” Whitaker, and his brother Michael “Mike” Whitaker. James was born in Pauls Valley, OK on August 2nd, 1947, the first of 5 children. He graduated from high school in Fort Smith, Arkansas in 1968 and received his Bachelor’s of Art at East Central University in 1972. James was drafted into the US Army in 1972 where he served in Germany for 18 months before being discharged at the rank of private specialist 2. He married Deborah Mae Butler on October 19th, 1973 and they had 2 daughters, Cristina “Crissy” Nicole (1977) and Whitney Paige (1988). They divorced in 1990 and James never remarried by choice. Whitaker worked for Gulf Oil before striking out on his own to form and run several, infamous oil and gas companies until he retired in 2015 to be a full time Opa to his girl, Marley Gabrielle. James is survived by brothers Raymond Whitaker of Pauls Valley and Gary Whitaker of Elmore City, sister Marilyn Poyner of Pauls Valley, his daughters Crissy Whitaker-Rennie of the home and Whitney Whitaker of Oklahoma City, and his granddaughter Marley Gabrielle Rennie of the home. James was an active man until the very end and passionate athlete throughout the tenure of his life. He loved playing basketball, running sprints, weightlifting, and playing tennis with his family, with Ryan especially, in his later years. He was a lifelong resident of Pauls Valley and enjoyed the town for what it had to offer. The library was one of his favorite haunts, as reading was one of his greatest passions. He loved to travel and drive fast cars and he especially loved good food and strong drink. James’ memory lives on in every single person who has ever been in his presence but especially those of his daughters and granddaughter. There will be no service. It was James’ desire that a private ceremony be held, per his wishes, at a later date and location. The family requests that in lieu of flowers, you send donations to the Nora Warren Sparks Library or the Pauls Valley Tennis Club and court renewal project. Arrangements will be carried out by Wooster Funeral Home.

The family of James Whitaker created this Life Tributes page to make it easy to share your memories.