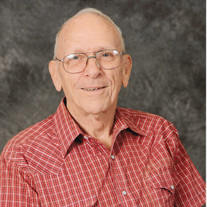 James Oliver Tobey of Pauls Valley, Oklahoma was born to Elbert and Carree (Miller) Tobey on November 9, 1939 in Birmingham, Alabama and passed from this life on June 7, 2018 at his home in Pauls Valley, Oklahoma at the age of 78 years. James grew up and attended school in Birmingham, Alabama and Nashville, Tennessee and graduated from Pauls Valley High School in 1958. On April 19, 1962, James married his wife Conethia June Pickett. Together they made their home in Pauls Valley, Oklahoma. James worked for Shebester Oil Co. for 25 years. He then became co-owner of Economy Well Service. Then, James started CLT Refrigeration in 1986 and retired in 2003. During his retirement he said God spoke to him to open a facility for the children. Kings kids was a recreational Center he began. This became his ministry instead of a job. Kings Kids was a non-profit organization that he used to accommodate those in need. He provided 3 free meals daily, along with a back-pack program and Christmas party each year. James gave from his heart. He would do anything for anyone but especially the kids. He trusted in God to provide all things needed to serve this community. He was an active member of First Church of God for over 50 years. We thank many banks, churches and individuals for giving to his calling. James was truly a one of a kind tending to God’s children, our “King’s Kids”. James enjoyed drinking coffee, visiting with people and walking everywhere he went. The highlight’s of his life were his family and grandchildren. He had a passion and love for God and serving others. He was truly a selfless person and walked in obedience to the calling God placed on his heart. He was a true blessing to not only his family but the community as well. Mr. Tobey is survived by: Son: John Tobey and Kathy of Pauls Valley, Oklahoma Daughter: Lisa Sims and Bill of Norman, Oklahoma 3 grandchildren: Jonathan Tobey and Tonya of Pauls Valley, Oklahoma Ashley Brumley and Timmy of Pauls Valley, Oklahoma Josh Johnson and Shadie of Pauls Valley, Oklahoma 4 great-grandchildren: Jake Tobey; Braxton and Ryleigh Brumley; and Ellie Johnson Mr. Tobey was preceded in death by: His wife: Conethia June Tobey Son: Jimmy Tobey Parents: Elbert and Carree Tobey Brother: Billy Tobey Memorial services are scheduled for 2:00 p.m., Saturday, June 30, 2018 at the Pauls Valley High School Auditorium with Bro. Glen Edmondson officiating. You may send a condolence to the family at www.woosterfuneralhomes.com. In lieu of flowers the family would like any memorials be made to the Restored Hearts & Soles Foundation; P.O. Box 1254, Pauls Valley, Ok 73075. This organization provides shoes and socks for children in need through out Garvin Co.

The family of James Tobey created this Life Tributes page to make it easy to share your memories.