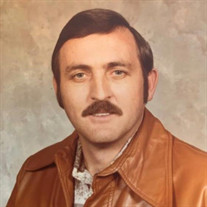 Rapid Roberts lost a loyal customer on Thanksgiving Day, November 28, 2019. H.M. Pannell has enjoyed his last cup of coffee on this earth. He passed from this life with his family holding his hands and his darling wife of 56 years kissing his forehead. He is now reunited with Bart and Beau. He was a family man, a friend, an educator, a locksmith, a marksman, an airman, a reserve police officer, a carpenter, a poet, an artist, a genealogy buff…the list goes on. A true jack of all trades, he could fix anything and he frequently did fix everything for his family and friends. Hugh Morris Pannell was born on May 26, 1942 to Jewel Violet and Homer Monroe Pannell in Pauls Valley, Oklahoma. In 1956, when he was 14, he convinced recruiters he was a bit older than he was and enlisted. He spent 2 years serving in the Army National Guard and Air Force. Upon discharge, he was really, really excited to return home. H.M. was a graduate of Pauls Valley High School and earned his Master of Education from East Central University in Ada, OK. He met the love of his life, Betty Jean Wright during high school and they were married on April 12, 1963. Together they built a life and had two children, Bart and Amy. H.M. was a teacher and Assistant Principal for the Pauls Valley School System from 1968 to 1995. He was known as a firm, but fair administrator and was well-liked by his students. In 1985, he started his second career, Surelock Safe and Lock. The business values were the same, “Honesty” and “Integrity”, which H.M. demonstrated throughout his life. During the later years of his life his biggest joys included fishing and playing SCRABBLE with his granddaughters, golfing, tinkering in his shop and hanging out at the gun store and coffee shop joking around with his friends. We want him to know that he was the best and he did a great job. His was a life well-lived and he will be greatly missed. Surviving family members include his wife, Betty of the home, daughter, Amy Pannell Krokstrom and her husband Karl of Oklahoma City, granddaughters Allyson and Masyn Pannell of Blanchard, Oklahoma and a host of cousins, nieces and nephews. H.M. was preceded in death by his parents, siblings Kathryn, Kenneth and Helen, and his beloved son Bart. We invite you to celebrate his life on Tuesday, December 3, 2019 at 2:00 pm at the Pauls Valley United Methodist church. In lieu of flowers, please live your best life, hold your family and friends close, and if you so choose, donate to the charity of your choice. John 14:27 “Peace I leave with you; my peace I give you. I do not give to you as the world gives. Do not let your hearts be troubled and do not be afraid.”

Rapid Roberts lost a loyal customer on Thanksgiving Day, November 28, 2019. H.M. Pannell has enjoyed his last cup of coffee on this earth. He passed from this life with his family holding his hands and his darling wife of 56 years kissing... View Obituary & Service Information

The family of H M Pannell created this Life Tributes page to make it easy to share your memories.