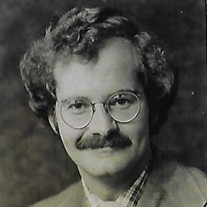 George Edward Meisel, Jr. passed peacefully from this world on February 16, 2017, at the age of 71 years. He was born to George E. Meisel, Sr. and Anna May Powell on June 18, 1945, in Kansas City, Missouri. George grew up in Lawton, Oklahoma. He lived in Germany with his parents after World War II while his father served there. After returning to Lawton, he graduated from Lawton High in June 1963. George attended the University of Oklahoma graduating with a Bachelor of Arts in 1967; a Master of Arts in Political Science in 1968; and both a Masters in Library Science and a Juris Doctorate Degree in 1975. While at OU, George served as a Football Manager for the Sooners from 1963-1966. In law school, he was a member of the Oklahoma Law Review, Phi Delta Phi Legal Fraternity, and he graduated Order of the Coif. George served as a Captain in the US Army and was a graduate of Field Artillery School at Fort Sill, Oklahoma, and Ranger School and Airborne School in Fort Benning, Georgia. He served in Vietnam earning a Bronze Star Medal and a Bronze Star Medal with Oak Leaf Cluster. While in the military, George married Linda Lu Perkins in 1969. In 1976, they moved to Pauls Valley, Oklahoma where he began his law practice. George and Linda had two children, Seth and Anna. In 1988, George married Bonnie Radtke. He also served as Municipal Judge in Pauls Valley, OK and Municipal Judge in Wynnewood, OK. George loved serving as a judge and greatly respected his police officers in their mission to protect and serve the citizens of Garvin County. George was a member of the Kiwanis, Garvin County Bar Association, and the Oklahoma Bar Association. He served on the Session and was a Deacon in the First Presbyterian Church. George adored his grandchildren Max and Magnolia, fried pies, Blue Bell ice cream, Pig Shop cheeseburgers, fast cars, and building Legos with his grandkids. He loved his Sooners and followed the OU football and basketball teams with great interest and frustration. George was a kind and generous man, and a heck of a good real estate lawyer. He mentored many young attorneys during his life. The family would like to thank the staff of LifeSpring In-Home Care Network especially Marsha Williams for the love and support. They would also like to thank Dr. Charles and Robin Mitchell for their tender care and Kathy Williams who cared for him at home. He leaves behind a loving family including his wife Bonnie Meisel; his son and daughter in law, Seth and Renee Meisel and their children Max and Magnolia of Austin, Texas; daughter Anna Meisel and the children’s mother Linda Perkins of Pauls Valley. He was preceded in death by his parents George, Sr. and Anna Meisel. Funeral services will be held at 10 am on Thursday, February 23, 2017, at The First Presbyterian Church in Pauls Valley, OK. Officiating will be Rev. Pam Normile. Interment will be at Mt. Olivet Cemetery in Pauls Valley, OK. Services are under the direction of Wooster Funeral Home. The family will receive friends Wednesday, February 22, 2017, from 5:00 to 7:00 pm at Wooster Funeral Home. Condolences can be sent to woosterfuneralhome.com. In lieu of flowers, donations may be made to the Samaritans of Pauls Valley.

George Edward Meisel, Jr. passed peacefully from this world on February 16, 2017, at the age of 71 years. He was born to George E. Meisel, Sr. and Anna May Powell on June 18, 1945, in Kansas City, Missouri. George grew up in Lawton, Oklahoma.... View Obituary & Service Information

The family of George Edward Meisel Jr. created this Life Tributes page to make it easy to share your memories.

George Edward Meisel, Jr. passed peacefully from this world on...