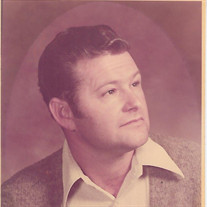 Floyd Dean Brobst was born July 30, 1939 to Everett Brobst and Evelyn Warner Brobst in Cleo Springs, Oklahoma and passed from this life on November 2, 2021, in Oklahoma City, Oklahoma Floyd grew up in Oklahoma working on farms hunting and fishing with his father and grandfather, in the Cleo Springs and Ringwood area of Oklahoma. He graduated from Ringwood High School in 1957. After graduation he moved to the Texas Panhandle to work in the oil fields as a roustabout. In 1969, he went to work for Gulf Oil Company as a pumper. While working for Gulf Oil, he worked in Spearman, Texas, Morse, Texas, Pampa, Texas, and Cabinda, Africa. While working in Pampa as a Production Superintendent he was responsible for bringing in one of the largest natural gas fields in the world at that time “The Buffalo Walla”. In 1959, he met the love of his life, Sydney Jo Holley Frakes. She was riding in his 1959 Chevrolet convertible as Miss Borger 1959. They married on March 11, 1961. Floyd had many interests and passions. He started a Boy Scout troop in Morse, Texas. Horse racing was a passion for him. He began training racehorses in about 1972 with his first win with Rouge Rogue at Canadian River Downs in Borger Texas. Floyd continued to train racehorses through to 2011, winning at Sunland Park, Remington Park, Ruidoso Downs, Raton, New Mexico. Floyd moved his family to Pauls Valley, Oklahoma in 1979 to a small acreage that is known by the family as “Freedom Farms”, where he raised cattle, trained his racehorses, hunted and fished. He was the biggest PBR fan ever! Floyd’s greatest passion was his family – known by many as Poppy. Mr. Brobst was preceded in death by: His parents: Everett Brobst and Evelyn Warner Brobst His wife of almost 50 years, Sydney Brobst Mr. Brobst is survived by: Daughter: Deanya and Ron Norris of Pauls Valley, Oklahoma Grandchildren: Patrick Driskill of Dover, Oklahoma Erica Smith of Lawton, Oklahoma Step grandchildren: Shanna Norris of Pauls Valley, Oklahoma Sarah Norris of Elmore City, Oklahoma Angela Sawyer and Allen of Pryor, Oklahoma Step-great-grandchildren: Kayla Norris, Nic McClain, Nathan Norris, Grayson Sawyer Brother: Vernon Brobst of Velma, Oklahoma Sisters: Lavon Robison of Velma, Oklahoma Barbara McHendry of Freemont, Oklahoma A host of nieces and nephews In lieu of flowers, the family has requested donations be made to the Steven Ward Memorial Scholarship Fund, Pauls Valley Livestock Boosters, P. O. Box 1008, Pauls Valley, Oklahoma 73075. Funeral services are scheduled for 1:00 p.m., Friday, November 5, 2021, at the Wooster Funeral Home Chapel in Pauls Valley. Interment will be in the Paoli Cemetery under the direction of Wooster Funeral Home. You may send a condolence to the family at www.woosterfuneralhomes.com.

Floyd Dean Brobst was born July 30, 1939 to Everett Brobst and Evelyn Warner Brobst in Cleo Springs, Oklahoma and passed from this life on November 2, 2021, in Oklahoma City, Oklahoma Floyd grew up in Oklahoma working on farms hunting and fishing... View Obituary & Service Information

The family of Floyd Dean Brobst created this Life Tributes page to make it easy to share your memories.