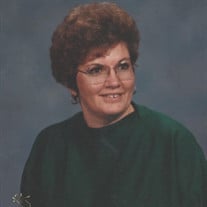 Donna Fern Rhea was born in Lindsey, Oklahoma on July 12, 1947. The first living child of Paul and Joanna Thomas, Donna was blessed to have lived the life of a Navy brat, traveling all over the United States. In 1962, Donna and the family settled into Oklahoma. During her time at Velma Alma HIgh school, Donna enjoyed singing in the chorus and playing flute, then drums in the marching band. After her graduation in 1965, Donna met and married Thomas Edward Rhea Jr in Durant, OK. To this union were added the loves of Donna’s life, her Son, Thomas III in 1972 and daughter, Lynnette in 1977. Once again engaged in the Navy life, Donna and her family moved through several states before settling again in Woodward, Ok. Several years later, in 1987, Donna moved herself to Stillwater, OK to pursue an education at Oklahoma State University. While studying for an accounting degree, Donna began a 19 year career as a Senior Administrative Assistant to several professors in the Agricultural Economics department. Donna was admired as a hard-worker and a stable fixture to the visiting professors, students, and other staff on the college campus. Never wanting to be without a project, Donna filled her life with skills in sewing, knitting, crocheting, and her favorite pastime, quilting. She shared her love of crafting with her mother Joanna and often could be found sharing a quilt frame and working on a quilt top together. Donna shared her talents with many family members and friends that admired her work. After her retirement from Oklahoma State University, Donna moved to Elmore City to help care for her mother and enjoy a small country life. For several years, she enjoyed the visits of siblings, children, grandchildren, and extended family. Once her mother passed away, Donna moved to Norman, Ok. to be closer to some of her family. Donna’s focus and great love were being close to her children and grandchildren, Alex, Brittany, Cody, Preston, Avery, and Sophia. While a global pandemic and a fight with Parkinsons prevented her from spending the time she wanted with them. She spoke of her pride and love for all of them as often as she was with other people. Donna is survived by her son and daughter-in-law, Thomas and Eve Rhea of Virginia Beach, Va. Her daughter and son-in-law, Lynnette and Daniel Vollmer of Mustang, Ok. Grandchildren, Alex Mitchell of Virginia Beach, Va., Brittany Edwards of Virginia Beach, Va., Robert Andrew Cody Mcgee of Chesapeake, Va., Preston Rhea of Virginia Beach, Va., Avery Vollmer of Mustang, OK. and Sophia Vollmer of Mustang, Ok. Donna is also survived by six of her seven siblings, Barbara Hardy and husband, Mike of Hugo, Ok. David Thomas and wife, Debbie of Velma, Ok. Saphronia Whaley and husband, Bill of Norman, OK. Douglas Thomas and wife, Debbie of Lone Jack, Mo. Greg Thomas of Elmore City, Ok. and Stanley Thomas of Abilene, Ks. as well as numerous nieces and nephews. She is also survived by numerous aunts, uncles and friends. She was preceded in death by her parents, Paul and Joanna Thomas, sister Joanna Elaine Thomas, brother Paul Thomas Jr., and sister-in-law Melinda Thomas.

Donna Fern Rhea was born in Lindsey, Oklahoma on July 12, 1947. The first living child of Paul and Joanna Thomas, Donna was blessed to have lived the life of a Navy brat, traveling all over the United States. In 1962, Donna and the family... View Obituary & Service Information

The family of Donna Fern Rhea created this Life Tributes page to make it easy to share your memories.