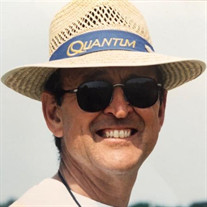 Charles Ray Butler (Pauls Valley, OK) passed away on September 10, 2021, leaving this world a little better than he found it by offering love and care to those around him. True to form for Coach Butler, he defied the odds of a terminal brain tumor diagnosis in 2004, living another 17 years before it ultimately took his life. He passed away at home, in a room that was full of the stories and testimonies of how he had made a difference in people’s lives. He was 77 years old. Charles grew up and graduated high school in the small town of Allen, OK. Perhaps his initial claim to fame was his small role in a documentary film (“Born Hunters”) about a bird dog his dad trained, but he was mostly known in town for being a stellar athlete and overall good guy. He attended Northeastern State College in Tahlequah, OK on a football scholarship and was a starting player all 4 years. It is most notable, however, that he met his lovely wife, Fran, while he was there. He later obtained his Master’s in Education at ECU. Charles began his coaching career in Holdenville, OK. He and his young family then moved to the Gulf Coast area where he left his mark in Gulf Breeze, FL by starting the first ever football program at the local school. He later returned to his hometown of Allen, OK as a coach and teacher. He finished his career at Wynnewood, OK, where he taught and coached for 21 years. Coach Butler was inducted into the OK Coaches Association Hall of Fame, the Track Coaches Association Hall of Fame, the Northeastern State University Hall of Fame, and was the recipient of their “Spirit of Excellence” award in 2017. If he wasn’t playing or coaching or watching sports, he was usually hunting or fishing, or maybe playing ping pong. While the plaques and awards of championships line the walls of his home, these are not the stories that echo the loudest. It is the stories of how Charles made people feel that linger on in the hearts and minds of his family. There are countless stories of how he helped shape the character of young student athletes through his attention to them beyond their athletic ability. He showed care to the kids that he knew were struggling with things beyond academics. The community of coaches talk about his consistent integrity and work ethic. His friends at church and around town share stories of how his kindness and friendliness and compassion made a difference in their day. Even in the last months of his life, he became the champion of silly jokes as he tried to make every nurse or doctor or lab tech’ laugh. And it worked. He engaged people through kindness and humor until the very end, making everyone’s heart feel a little bit better, even if just for a moment. For him, this is what it meant to be like Jesus. Throughout it all, his wife, Frances Elizabeth Cissna Butler, was by his side. They weathered all the hard things of life together for 55 years, ending it all with complete assurance of their love and devotion to each other. Charles and Fran have 2 daughters: Amie Lampkin resides in Washington, OK; Bethany Butler Myers (and husband Doug) resides in Kansas City. They have 8 grandchildren: Tylor Lampkin (wife Alyssa), Kale Lampkin (wife Mika), Dagan Wilcox (husband Tanner), Creed Myers, and Lochlan Myers. They have 6 great-grandchildren: Teagan, Rigby, Ripkyn, Lilli, Daisy, and Kane. Charles was preceded in death by his son-in-law, James Lampkin, which broke his heart. Also, by his hardworking father, Harve Australia Butler, who helped hone Charles’s toughness; his very sweet mother, Joan (Vinson) Butler, who planted the seeds of kindness in his heart; and in recent weeks, his brother-in-law, Tom Whitaker. Charles was a devoted big brother to his siblings: Dean Butler (Bakersfield, CA, with wife Brenda) and Janice Butler Whitaker (Waxahachie, TX) Charles’s family invites you to help celebrate his life on Monday, September 20, 2021 at 10:00am, at the First United Methodist Church in Pauls Valley, OK. Interment will be in the Allen Cemetery under the direction of Wooster Funeral Home. To honor Charles, donations can be sent to the Coach Butler Scholarship fund at the State Bank of Wynnewood (117 S Dean A McGee Ave, Wynnewood, OK 73098), or via Venmo: @CoachButlerScholarship. You may send a condolence to the family at www.woosterfuneralhomes.com.

Charles Ray Butler (Pauls Valley, OK) passed away on September 10, 2021, leaving this world a little better than he found it by offering love and care to those around him. True to form for Coach Butler, he defied the odds of a terminal brain... View Obituary & Service Information

The family of Charles Ray Butler created this Life Tributes page to make it easy to share your memories.